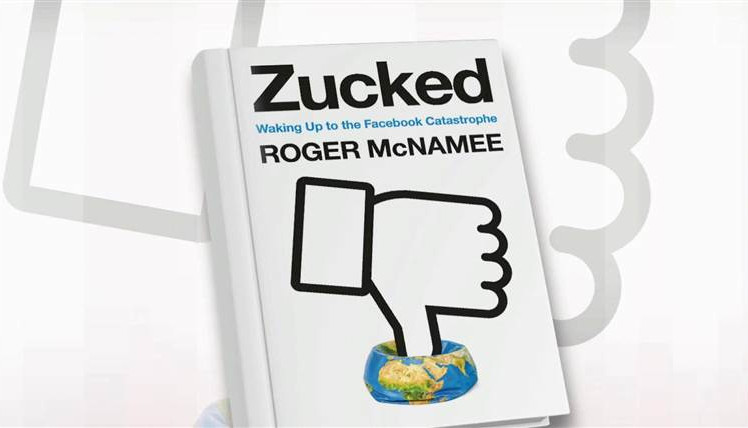 Following another great Guilherme Felitti’s tip in his excellent podcast, Tecnocracia, this time I bring the review of the best-titled book ever: Zucked 😂
For those who don’t get it, “Zucked” is a joke with Mark Zuckerberg’s name, who is called Zuck, with the term “Fucked”, which actually defines well the current moment on the Internet and much of it is thanks to Zuck.

Before we talk about the book itself, it’s worth talking about the author, Roger McNamee. 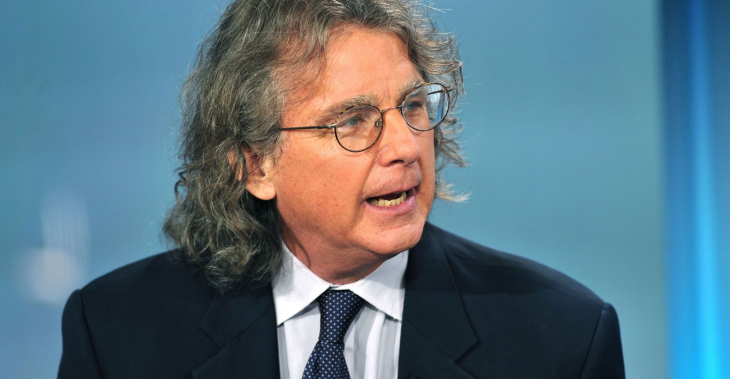 McNamee is a business man, more precisely, Roger is an investor.
He founded Elevation Partners, a famous investment fund cofounded by Bono (U2) and participated in big business in the 2000s.
McNamee is one of those people who witnessed the rise of Silicon Valley, and not only that, he also helped build it.
So far so good, we could say that McNamee is just one more of Silicon Valley guys, but McNamee is a little more than that, and that caught my attention.
In addition to investing, McNamee is a musician, having founded Flying Other Brothers and also Moonalice.
Early in the book, he says that his musician skills have opened the door to Silicon Valley and a career in the business world.
But what made an eccentric investor musician write a book about the problems Facebook brought to society?
McNamee is also alert to issues related to privacy, net neutrality, and the impacts of technology on society.
But beyond that, McNamee has a distinguished track record and can speak properly about Facebook and Mark Zuckerberg, as besides being a Facebook investor, he was also Zuck’s advisor at a troubled time in the life of the “poor” Silicon Valley boy.
McNamee’s advice made Facebook what it is today. At the time, Zuck denied numerous billionaire proposals and bet everything on his young company.

The author stresses a certain “genius”, if we may call it, Zuckerberg.
At the very least, this guy in his early twenties was unusual, in McNamee’s words.
Zuck seemed to have the experience of someone much older, and strongly advocated the mission of “connecting people.”
McNamee also points out that Zuck, despite being the classic nerd, had characteristics that set him apart from the vast majority.
Right in the first chapter, entitled “The strangest meeting ever,” McNamee says that on his first meeting with Zuck, after a complex question, Zuck stood thinking for countless minutes, which generated embarrassing discomfort in McNamee.
This meeting marked their relationship as it paved the way for Zuck to listen to advice and reflect on the moment he was living on Facebook.

McNamee tells stories of pre-Facebook Silicon Valley and it’s really cool to see this view of someone who was there.
What caught my attention was the history connection McNamee makes to show us the state is needed and must work and follow the market.
It’s nice to see this coming from an assumed and successful capitalist.
McNamee tells how the invention of the transistor can teach us a lot about the tech world.
Who invented the transistor was Bell Labs. The first computers developed by IBM were not possible without transistors, and if antitrust laws at the time were not rigid enough, Bell Labs could have monopolized the transistor, so IBM would not have invented its first computeres.
The same happened with IBM. Microsoft could only get in the game through antitrust laws that prevent IBM’s monopoly, allowing Microsoft to revolutionize the world with personal computers.
And history repeats again.
Microsoft has gone through the same antitrust process, and once again thanks to antitrust laws, today we have Google, Facebook, and the entire Internet ecosystem.
McNamee warns us that we are once again in the same loop, as today’s technology giants are creating monopolies that do not favor competition and again we need antitrust laws to be invoked.
Just take a moment and search for it, you’ll see the amount of processes involving Google and Facebook.
Let’s wait.

McNamee is very critical of Zuckerberg and Facebook’s model of “Move Fast and Break Things”.
I agree 100%, especially when we talk about breaking political and democratic systems, which in fact was what has happened in recent years.
This culture is too toxic and coupled with the fact that the Facebook culture is that there are no individuals, but teams, so you never have anyone to blame.

The author also comments on the Cambridge Analytica scandal and all its impact on discussions about privacy and democracy.
Another important point is that McNamee is a very influential person and he has been using this “power” to take effective actions.
In the book he tells of his numerous meetings with representatives of the US government, large companies, etc., showing his point of view on the impact of technology on society.
From what I’ve seen, he’s doing great, and that’s very good for everyone.

In conclusion, this is an excellent book that not only shows the behind-the-scenes creation of one of the largest and most influential companies ever, but also shows the devastating impact of it.
With all its magnitude, some ingenuity in some points, arrogance in others, Facebook is undoubtedly one of the biggest contributors to the total chaos we live in today, where post-truth is the norm.
I strongly recommend reading not only this book, but all that is cited by the author throughout the chapters.
Zucked: Waking Up to the Facebook Catastrophe is already one of my favorite books of recent years 😊